To share your memory on the wall of Mitchell Kopec, sign in using one of the following options:

Due to the covid pandemic a private funeral was held with a military honor burial in Riverside Cemetery. The Riverview Funeral Home 390 River Rd. Shelton, are entrusted with the arrangements.
Read Less

Receive notifications about information and event scheduling for Mitchell

We encourage you to share your most beloved memories of Mitchell here, so that the family and other loved ones can always see it. You can upload cherished photographs, or share your favorite stories, and can even comment on those shared by others.

Posted Jan 07, 2021 at 05:10pm
Our sincerest sympathies to you all during this difficult time. Cheers, though, to the Kopec clan celebrating together and missing them all. Sincerely the Gucwa Heines family 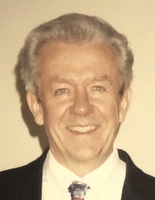