To share your memory on the wall of Marie Filakovsky, sign in using one of the following options:

She worked in the office at Sikorsky Aircraft prior to her marriage to William. Marie enjoyed fishing, camping, canoeing, playing cards and was an avid Scrabble player. Most of all, her passion was her family and she cherished every moment with them.

The Riverview Funeral Home, 390 River Rd., Shelton has been entrusted with her arrangements. Friends may leave condolences at www.riverviewfh.com.
Read Less

Receive notifications about information and event scheduling for Marie

We encourage you to share your most beloved memories of Marie here, so that the family and other loved ones can always see it. You can upload cherished photographs, or share your favorite stories, and can even comment on those shared by others. 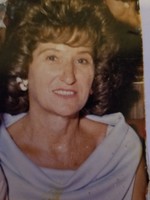