To share your memory on the wall of Richard Conklin, sign in using one of the following options:

Print
Richard L. Conklin, age 81, of Shelton entered into rest on Saturday, March 20, 2021 at CT Hospice in Branford. He was the devoted husband of over 41 years to Darleen (Scovill) Conklin.

Richard was born in West Haven on February 17, ... Read More
Richard L. Conklin, age 81, of Shelton entered into rest on Saturday, March 20, 2021 at CT Hospice in Branford. He was the devoted husband of over 41 years to Darleen (Scovill) Conklin.

Richard was born in West Haven on February 17, 1940 son of the late Warren and Julia (Mackniak) Conklin. He moved to Shelton in May 1949, attended local schools and graduated from Shelton High School in 1957. He proudly served with the US Army National Guard from 1960 – 1966 in the 102nd Infantry Regiment. He graduated from the Non Commissioned Officers Academy and became a Sergeant E-5 Rifle Squad Leader. Richard received an Honorable Discharge. Richard was the Facilities Administrator at Bic Corporation until his retirement. Richard loved antique trucks, cars, motorcycles, scooters and tractors. He loved to attend and participate in antique car shows. Richard was a member of the Connecticut Chapter Early Ford V8 Club of America. He also enjoyed boating, hiking, skiing, snowshoeing, chainsaws and building stone walls. Richard loved his married life with Darleen, spending time at their wood lot in Massachusetts, built a home, barn, pond, stonewalls and grew Christmas trees since 1980. They loved exposing their children to a rural life style. Richard said “you haven’t done a good days work unless you have woodchips in your belly button at the end of the day”. Richard was an ardent bicycle rider and rode over 135,000 miles during his life time. Most of all, he cherished spending time with his family.

A walk-through visitation for family and friends will be held on Thursday, March 25th from 5 to 7 PM at the Riverview Funeral Home, 390 River Rd., Shelton. Visitors are required to wear masks and social distance as they walk through, pay their respects and exit without lingering to ensure all guests can come through. His funeral service will be private.


In lieu of flowers, memorial contributions may be made to CT Hospice, 100 Double Beach Rd., Branford, CT 06405.
Read Less

Receive notifications about information and event scheduling for Richard

We encourage you to share your most beloved memories of Richard here, so that the family and other loved ones can always see it. You can upload cherished photographs, or share your favorite stories, and can even comment on those shared by others.

Posted Mar 23, 2021 at 09:22am
Dear Darlene & Family, We were so sorry to hear of the loss of Dick. Our thoughts and prayers are with you and your family. The Solomon Family

3 trees were planted in the memory of Richard Conklin

Thank you so much for trees planted in Dick's memory.
TS

Posted Mar 25, 2021 at 12:39pm
Darleen, Sara and Family
I am sorry for your loss of your Husband, Father and Grandfather. I was saddened when I learned of Dicks passing.
My heart and prayers go out to you and your family in your time of sorrow.
Tom Sirois
Comment Share
Share via:

Thank you Tom. We appreciate your prayers.
BT

Bill and Trish purchased flowers for the family of Richard Conklin. Send Flowers

Posted Mar 23, 2021 at 09:10pm
Dear Darleen, I am really sorry to hear of Dick's passing. We worked many years together at BIC and he helped me learn my new job in IT. Dick was a great story teller and we shared many laughs together, specially during the morning coffee break. He was my friend and I will always remember him with affection and gratitude. May God give you strength to go through this very sad time. Take care and keep in touch. God Bless you and all the family.

Thank you Lourdes. Every time you posted something on Facebook, I would call Dick in to look at the posting. It was a great way to keep up with you.
JM

Posted Mar 23, 2021 at 08:56pm
My name is Jack Mackniak. We gave him the nickname of “Doc” I don’t know where that came from but growing up in our neighbourhood that’s what he was called. I remember the day that he and his family moved in to help take care of our grandparents. He was always a little different. He had a pet goat for awhile and even some strange looking breed of chickens.His boat on the river was a 12 foot rowboat that he built a cabin on. He pumped gas at Curtis Bothers. His senior year in high school he bought a 4 door 1949 Plymouth that he restored completely and painted it the brightest pink you can think of. We lost touch over the years but saw him many times riding his bike down River Road. I am in Florida and won’t be home until mid April. All I can say is God has taken one of the good guys, but he sure had a good run.
Comment Share
Share via: 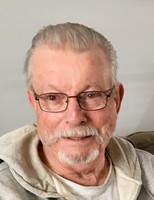