To share your memory on the wall of Patricia Hazlett, sign in using one of the following options:

She started her career at Star Pin and then took a position at Better Packages where she worked for many years until her retirement. She had an impeccable work ethic having raised her two children on her own. After retirement Pat moved to Arizona where she has lived for 10 years. Pat was always the best cake baker and decorator with no request ever denied.

She is survived by her loving children Kimberly Tagg (Fred), Kevin Hazlett (Yvonne), her grandchildren Freddie, Sarah, Matthew, Kayla and Kevin, Jr. Her sister Kathleen DeLis (Bruce) her niece and nephew Jenny Mathis (Kevin) and Joe Merto and several other nieces and nephews.

Patty was blessed to have Gus and Cathy Micci as two of the most dearest friends who always extended their love and support throughout her life, to whom the family will always be grateful.

To sum up her life in a few sentences would be an injustice to a women who was genuinely, charming, and friendly and had the ability to light up any room with her presence.

Her funeral service will be held at Riverside Cemetery, River Rd. Shelton in the spring at a time and date to be announced.
The Riverview Funeral Home, 390 River Rd., Shelton has been entrusted with her arrangements. Friends may leave condolences at www.riverviewfh.com.
Read Less

Receive notifications about information and event scheduling for Patricia

We encourage you to share your most beloved memories of Patricia here, so that the family and other loved ones can always see it. You can upload cherished photographs, or share your favorite stories, and can even comment on those shared by others. 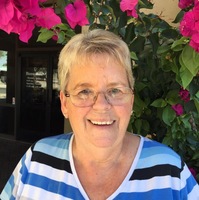