To share your memory on the wall of Frank Zolli, sign in using one of the following options:

Print
Frank Zolli was an uncommon man. He was of an uncommonly large physical stature, with a proportionally large intelligence, an expansive personality, and a commanding presence. He also had a wicked sense of humor.
Trained as a Chiropractor, he... Read More
Frank Zolli was an uncommon man. He was of an uncommonly large physical stature, with a proportionally large intelligence, an expansive personality, and a commanding presence. He also had a wicked sense of humor.
Trained as a Chiropractor, he was an accomplished clinician, a pioneering educator, and a sought-after and respected teacher and mentor. He held two earned doctorates and received many awards. He was a recognized leader in his profession, having held senior positions in major professional organizations. He served his community in Shelton, CT as Vice President and President of his neighborhood association. And he was a beloved, central figure in a family that stretches from New England to Hawaii.
Dr. Francis A. Zolli DC, EdD died on Saturday, December 12, at the age of 66, from the complications of diabetes. After a prolonged final illness, he died peacefully at The Connecticut Hospice in Branford, CT. His wife Adelia Russo and her son Justin Zambuto were with him at his passing.
Until his retirement in July of this year, Dr. Zolli was Clinical Professor and Founding Dean at the Chiropractic College of the University of Bridgeport. From its beginning in 1991, Dr. Zolli drove the organization and accreditation of UB’s Chiropractic College, the first university-based college of chiropractic medicine in the United States. His mark on UB and chiropractic was captured by UB’s President, Dr. Stephen Healey, in a letter to the university community:
“I am sad to report that our colleague and friend, Frank Zolli, has passed away. He spent twenty years as Dean and more as a Professor of Clinical Services. He will be remembered by thousands of chiropractors around the world, and here at this university, as both a pioneer in the field and as a selfless advocate for his students. He was honored by many for his lifetime contribution to the chiropractic field and particularly for bringing it into academia, a life’s work to be proud of. To do that he needed a firm resolve, and was the sort of person who didn’t suffer fools gladly. Yet, he was always ready to extend a helpful hand to a younger colleague like me. I will always remember Frank’s vibrant presence as he entered a room, like a force of nature, refusing to doubt or hesitate, changing the world one conversation at a time.”
Previously, Dr. Zolli held administrative and faculty positions at the New York Chiropractic College, from which he earned the Doctor of Chiropractic in 1979. He later earned an EdD at the University of Bridgeport in 1997 and received an Honorary Doctor of Health Science from Hanseo University, South Korea, in 2011. Over the years, Dr. Zolli also treated patients in practices in New Jersey, New York, and Connecticut, including mentoring students at the clinic at the UB College of Chiropractic. Over the years, he served in multiple positions as senior executive, director, or committee chair for the Association of Chiropractic Colleges, the Council of Chiropractic Education, and a dozen or more state, regional and national chiropractic organizations.
Frank Zolli leaves his wife of 36 years Adelia Russo Zolli, his mother Angela Zolli, siblings Alex (Maria), Angela and Albert (Donna), stepsons Jason (Maile) and Justin (Euie) Zambuto, grandchildren Nicolas, Bella, and Hannah, and ten nieces and nephews. And a host of professional colleagues, graduates, and collaborators. We shall all miss his graphic storytelling, good cheer, singular sense of humor, and selfless generosity.
Frank Zolli was born in Jersey City, New Jersey, on July 24, 1954 to Albert Zolli and Angela Ricciardone Zolli, the second of four children. His older brother Dr. Alex Zolli remembers that: ”Early on, Frank manifested an intense competitive spirit. By the time he entered St. Peter's Prep, his abilities landed him a position on the football team. He played four years at St. Peter's Prep and another four years at St. Peter's University. It was during his time at the Prep that a sports injury brought him to Dr. Arnold Cianciulli, who had a chiropractic practice in Bayonne [and who was, in his own singular way, also a force of nature in the profession]. What started out as a physician-patient experience developed into a lifelong friendship. The seeds of his chiropractic career were planted.”
Burial arrangements will be private. A memorial service will be announced later. At the family’s request, memorial donations may be made to The Center for Family Justice, Bridgeport, CT and to The Connecticut Hospice, Branford, CT.
Read Less

Receive notifications about information and event scheduling for Frank

We encourage you to share your most beloved memories of Frank here, so that the family and other loved ones can always see it. You can upload cherished photographs, or share your favorite stories, and can even comment on those shared by others.

Posted Dec 20, 2020 at 09:53pm
Master! May your heart and soul find peace and comfort. I will do my best to continue your mission.

Posted Dec 19, 2020 at 10:18am
We are so very sorry to hear of Frank's passing. One of the first friends I made working together in the Registrar's office of St. Peter's College, Ftank always held a special place in my heart. His sense of humor was his own unique style. He introduced my husband and I together and pledged " no responsibility from here on out".. He will always bring a smile to my face. My prayers go out to all the family and to the chiropractic profession for the loss of a true leader. Rest in peace, my friend. You will always be remembered. 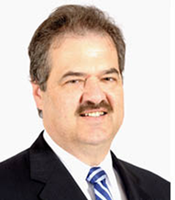