To share your memory on the wall of Timothy Tuz, sign in using one of the following options:

He was born in China Lake, CA on April 21, 1953 son of the late Steven and Flory (Kitto) Tuz and was... Read More
Timothy Tuz, age 67, formerly of Shelton entered into rest on Friday, December 11, 2020 at Abington Memorial Hospital in Abington, PA.

He was born in China Lake, CA on April 21, 1953 son of the late Steven and Flory (Kitto) Tuz and was raised in a military family lifestyle. Tim was a longtime resident of central CA until moving to Shelton in 1999 for 12 years before accepting a job promotion in Hatfield, PA eight years ago. Tim was a Project Technician Mechanic at Accupac in Mainland, PA. While in highschool he entered into the ROTC program. Tim enjoyed camping, fishing, horseshoeing, golf and was an avid reader. Most of all, he was compassionate and cherished spending time with his family.

He was the father of Michael Tuz, and twins Andrea and Denise Tuz and brother of Toni Tuz, Charlie Tuz, Jo-ann Triebwasser and her husband Steven, Kristie Callahan and her husband James, David Johnson and his wife Jeannie and the late Monnie Tuz Berks and brother in law of Bill Berks and step-son of Ada Tuz and the late Steven Tuz. Tim was also survived by several nieces and nephews.

Due to the Covid-19 pandemic his funeral services are private. The Riverview Funeral Home, 390 River Rd., Shelton has been entrusted with his arrangements. Friends may leave condolences at www.riverviewfh.com.
Read Less

Receive notifications about information and event scheduling for Timothy

We encourage you to share your most beloved memories of Timothy here, so that the family and other loved ones can always see it. You can upload cherished photographs, or share your favorite stories, and can even comment on those shared by others.

Posted Dec 16, 2020 at 11:31am
So sorry to learn of Tim's passing. I will never forget the fishing trip that Tim, Bernie and I took to the Miramichi River in New Brunswick, Canada. We had a great cottage, learned how to fly fish and saw Ted Williams' fishing cabin. While we did not catch any fish, it was a great bonding event. Since his move to PA, I missed seeing Tim at the Ascot Club on Friday afternoons except a few times a year when he returned to celebrate holidays with his family. May Tim rest in peace. Bill D
Comment Share
Share via:
BF

Sorry to hear of Tim’s passing. The Canadian fishing trip was a great time and I remember it fondly. He told me about seeing Willie Mays in Candlestick Park and his great memories of the Bay Area. He was a good guy and he will be missed. Bernie Furmanek 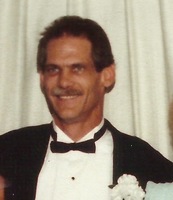