To share your memory on the wall of Robert Nolan, sign in using one of the following options:

He was a graduate of Derby High School in 1949 and University of Bridgeport in 1953. He proudly served his country in the Army and was honorably discharged in 1961. Robert owned and operated the Nolan Agency Insurance Inc. for many years until his retirement. Together, with his wife, they raised three children. He was a fierce advocate for his family and he savored holidays and celebrations with them. He was an active member of St. Margaret Mary’s Church and a supportive friend and neighbor, often helping neighbors shovel snow or sharing a meal. He was an avid UCONN Huskies and Notre Dame Fan. Those that knew him admired his spirit and kindness.

He is the beloved father of the late Noreen Scoopo and her husband Michael, William Nolan, Tracy Hussey and her husband Edmund, loving grandfather of Michael Scoopo and his fiancé Fiona, Shaye Hussey, Brody Hussey and the late Robert Scoopo, brother of Jean Parisi and her late husband Nick, Pat Santelle and her husband Joe, and the late John Nolan and his wife Adrienne. He is also survived by several nieces and nephews.
Due to the COVID 19 pandemic a private burial will be held in Mt. St. Peter Cemetery. A memorial mass will be celebrated in St. Margaret Mary Church, 5 Donovan Lane Shelton at a time to be announced in the future when we can gather safely.

The Riverview Funeral Home, 390 River Rd. Shelton is entrusted with the arrangements.
Memorial contributions may be made to the Special Needs Trust for the Benefit of Michael Scoopo through the funeral home.
Read Less 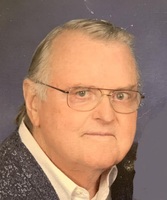