To share your memory on the wall of James Testone, sign in using one of the following options:

He attended Franklin School (K-8) in Derby and Bullard Havens Technical High School in Bridgeport where he honed his skills as an accomplished Cabinetmaker and Carpenter. After high school, Jim served 2 years in the Army as a medical technician in Vietnam. Upon return, he worked 10 years at Ansonia Architectural Woodworking. He also worked at GP Woodworking and Petra Construction for many years. Before his retirement, he finished his career working for Nicky Fischer as a Cabinetmaker on the Thimble Islands.

He was an avid New York Yankees fan and enjoyed watching Nascar races. Jim grew up in a close-knit Italian family and valued the time he shared with loved ones. He was involved with hosting July 4th picnics, pizza parties, and the Annual Family Christmas party. He also enjoyed working alongside his sons on projects and he built his home in 1994 with the help of his father and uncles. It was a true labor of love and an unforgettable experience.

A walk-through visitation for family and friends will be held on Wednesday, March 10th from 4 to 7 PM at the Riverview Funeral Home, 390 River Rd., Shelton. Visitors are required to wear masks and social distance as they walk through, pay their respects and exit without lingering to ensure all guests can come through.

The family requests that memorial contributions may be made to The Center for Cancer Care at Griffin Hospital, 300 Seymour Ave., Derby CT 06418.

Receive notifications about information and event scheduling for James

We encourage you to share your most beloved memories of James here, so that the family and other loved ones can always see it. You can upload cherished photographs, or share your favorite stories, and can even comment on those shared by others.

Posted Mar 11, 2021 at 12:34pm
To the Testone and Miani families,
We are so sorry for you loss. Our thoughts and prayers are with all of you at this sad time. We grew up with both families and have some wonderful childhood memories. Jimmy was our paper boy when we lived on Chapel Street in Burtville and then my older brother and I were their paper boy/girl not long after that. We loved walking into Mrs. T's kitchen to collect for the paper. There was always something good cooking! What a wonderful family to have known as children. The memories will last forever!
May Jimmy rest in peace.
Walter, Beverly (Tischer) and James Tampellini
Comment Share
Share via:
NI

Dear Karen and Family,
We are so sorry for your Loss. Jim was all ways a ray of sun shine and fun loving guy.
Comment Share
Share via:

Posted Mar 09, 2021 at 09:11am
We are so sorry for your loss. I remember Jimmy as always smiling, kind, a hard working man and devoted to family. I remember taking my mom (Ann Cairella) to see the house he was building which would become the family home. She thought so much of him and his mom, Hilda was her best friend as well as a cousin. Our thoughts and prayers are with you all.
Sincerely,
Karen and Bob Donovan
Comment Share
Share via:
LC

I am terribly sorry to hear about Jimmy’s passing. He was such a welcoming and friendly person who I always enjoyed talking to at Testone family gatherings. He was all about family and that will be his lasting and loving legacy. Please accept my sincerest thoughts, prayers and condolences from Florida. Sorry I cannot be there in person. May God bless him and you all. Fondly, Larry Cosmo
Comment Share
Share via:
GP

Posted Mar 07, 2021 at 11:49am
My condolences to the Testone family. Jim was a true craftsman and a gentle man who was very proud of his family. He was a pleasure to have known as an employee and friend.
May he rest in peace.
Guido Petra
Comment Share
Share via: 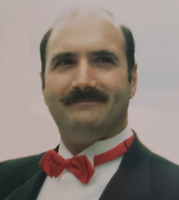