To share your memory on the wall of Irene McIntyre, sign in using one of the following options:

She was born on May 25, 1929 in Shelton, CT to Joseph and Anna Sedlock. She lost her mother at nine months old and was raised by her ... Read More
Irene McIntyre entered into eternal rest peacefully on Sunday, January 24, 2021 at Lord Chamberlain.

She was born on May 25, 1929 in Shelton, CT to Joseph and Anna Sedlock. She lost her mother at nine months old and was raised by her stepmother Elizabeth Polyak Sedlock.

On October 25, 1947 she married the love of her life, George McIntyre. They raised their three children together, their love of family was their greatest joy. Special niece Joann Wagner says” they were the greatest love of all.”

As her children grew older, Irene returned to work at Sikorsky Aircraft but she loved being a wife, mother and making their house a home. Making big Sunday dinners, holidays magical where people would come to look at her Halloween displays. She loved children, handing out lollipops and freezepops to the neighborhood children. Nana crocheted lap blankets for local nursing homes, volunteered at St. Joseph’s Church in Shelton with Poppa at their yearly carnival.

Irene and George were avid UCONN Girls Basketball fans. Irene went to a game gifted by Wesley Heights at 89 years old. Poppa and Nana spent time at their grandchildren’s events, sports, plays and traveling distances to see them. She became a special monthly reader at Stratford Academy reading to the students. Nana loved to read, instilling it in her children and grandchildren. She was reading right up to her last days.

Irene lost her husband George on September 12, 2009 followed by the loss of her son George, Jr. on January 21, 2010. Her heart was shattered but her strength was unwavering.

The family would like to thank Irene’s special neighbors the Sharkey’s, Tenedine’s, Valentine's, Kondor’s, DiPiro’s and Adamo/Giordano’s and special friend Marilyn Calore. Also, a special thank you to Wesley Heights especially Monika, Shelia, Jen, Melissa, Diane, Andrea, Madi, Shannon, and her loving aides and the staff at Lord Chamberlain, Dee, Rosa, Joe, Laurie, Illiam and the aides who brought her loving care at the end of her life’s journey. The family is forever grateful.

“Poppa’s bride has come home to her little fella! We love you Mom!”

Due to the Covid-19 pandemic her funeral services are private. Her memorial mass and celebration of life will be announced in the future at a time to be announced.

The Riverview Funeral Home, 390 River Rd. Shelton has been entrusted with her arrangements. Friends may leave condolences at www.riverviewfh.com.
Read Less

Receive notifications about information and event scheduling for Irene

We encourage you to share your most beloved memories of Irene here, so that the family and other loved ones can always see it. You can upload cherished photographs, or share your favorite stories, and can even comment on those shared by others.

Posted Feb 01, 2021 at 12:27pm
My condolences on your family's loss.
George hired me as a supervisor at Sikorsky in 1987 in the Processing Department. I had the opportunity to meet Irene at the Foreman's Club Christmas parties. They were a wonderful couple.

Posted Jan 30, 2021 at 06:45am
Aunt Amy and Uncle Tony, our hearts and prayers are with you. Flowers may fade but like memories plants always grow

Ellie Bean, Alex and Kaysee purchased flowers and planted a memorial tree for the family of Irene McIntyre. Send Flowers

Erik and Kathy purchased the Blooming Garden Basket and planted a memorial tree for the family of Irene McIntyre. Send Flowers

Erik and Kathy purchased flowers and planted a memorial tree for the family of Irene McIntyre. Send Flowers 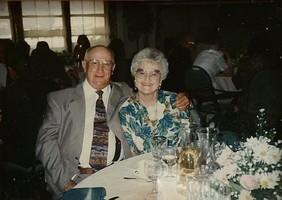 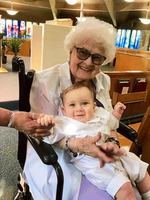