To share your memory on the wall of Gertrude David, sign in using one of the following options:

She was a loving mother who raised her children and was very dedicated to her family. She was very active outside of the home as well. Trudy was a Den Mother Coach for the Boy Scouts and a Girl Scout Leader, a member of the Derby Falcons and former member of the Ansonia Falcons where she was a drill instructor and recording secretary. She was also a member of the Shelton Senior Center where she held the office of Recording Secretary and later as the Vice President. Most important to her was her family and she was a very proud grandmother who was most recently blessed with two great grandchildren.

Trudy is survived by her her daughter Brenda Gorski (Jeff), her son Michael David (Hilda), her grandchildren Scott Gorski, Gregory Gorski (Lisa), Jeffrey Gorski (Gemmina) and Ashley David (Gordon Murie), her great grandchildren Carter and Stella Gorski, as well as many nieces and nephews. She was predeceased by her sisters Jane Renkun and Mary Dynowski, and her brothers George, Vincent, Edwin, Eugene, Edward and Richard Lyskowski.

Due to the Covid-19 pandemic, Trudy’s funeral services will be held privately with her immediate family in attendance and have been entrusted to the care of the Riverview Funeral Home, 390 River Rd. Shelton. Memorial contributions may be made in Trudy’s name to the Office of Radio and Television - Archdiocese of Hartford, https://archdioceseofhartford.org/office-of-radio-and-television/ ,TEAM, Inc, 30 Elizabeth St. Derby CT 06418, or to the Shelton Senior Center, 81 Wheeler St. Shelton CT 06484. Online condolences can be left for Trudy’s family at www.riverviewfh.com.
Read Less

Receive notifications about information and event scheduling for Gertrude

We encourage you to share your most beloved memories of Gertrude here, so that the family and other loved ones can always see it. You can upload cherished photographs, or share your favorite stories, and can even comment on those shared by others.

Posted Mar 09, 2021 at 05:27pm
So sorry to hear of the passing of Mrs. David. She was a great girl scout leader many many years ago. Thoughts and prayers to Brenda and Michael. She lived a long life. Hope you connect with my Mom now. Janet Correia
Comment Share
Share via: 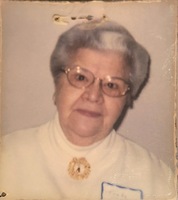 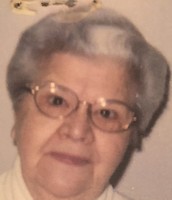