To share your memory on the wall of Curtis Ebdon, sign in using one of the following options:

He is the beloved father of Todd Ebdon, Dean Ebdon and his wife Melissa, Kyle Hallmark and her husband Brandon, and Kate Ebdon, step-father of Michael and Dominic DeMarco, proud grandfather of Bryce, Bentley and Oakley Hallmark and Nora Ebdon, loving brother of John Ebdon, Jeffrey Scott Ebdon and Drew Ebdon and his wife Sandra. He is also survived by several nieces and nephews.

Memorial contributions may be made to a Curt Ebdon Scholarship to benefit a graduating high school student athlete from Shelton and Ledyard High Schools.

Friends are invited to watch Curt’s memorial service on Saturday at 11 am via Livestream at www.riverviewfh.com. Due to the Covid pandemic, a public celebration of Curt’s life will be celebrated in the future when it is safe to gather. The Riverview Funeral Home, 390 River Rd. Shelton are entrusted with the arrangements.
Read Less

Receive notifications about information and event scheduling for Curtis

We encourage you to share your most beloved memories of Curtis here, so that the family and other loved ones can always see it. You can upload cherished photographs, or share your favorite stories, and can even comment on those shared by others.

Posted Feb 06, 2021 at 12:14pm
My sympathy to all the Ebdon family on your tragic loss. Curt was certainly blessed by his remarkable family and countless friends. Curt was a generous, kind and respectful colleague of mine for many years at Fairfield University. He brought his considerable talents to his graphic design leadership role, but always with his genuine thoughtfulness, good humor and a willingness to help and make things better. I will hold dear my memories of working with this very decent man. He will be missed but remembered so fondly. Wishing you all God's grace for peace and comfort at this difficult time. Cathy O'Donnell

Posted Feb 06, 2021 at 11:12am
My deepest and sincerest condolences to the Ebdon family . I saw Curt over the course of almost 20 years when he would get his haircut at The Hair Language in Shelton. He was a kind and caring person and was wonderful having casual conversation in the waiting area. You were helpful to me when my son was trying to get into college and gave me some great advice. Thanks for the conversation Curt . rest in eternal peace.
Comment Share
Share via:
MB

Posted Feb 05, 2021 at 02:11pm
I am sadden by the quick death of this good man. I know it is hard to say good-bye so I won’t . I will say see you later. I remember working the concession stand during the”mud bowl” while you were being covered in mud and the rest of the team. I remember you being homecoming king. You always had a smile. I know we will see you again. Rest In Peace. Say hi to my brother Shawn.
Comment Share
Share via:
JJ

Posted Feb 04, 2021 at 05:42pm
There are so many images and memories of Curt from when the New York Ebdons would visit with the Connecticut Ebdons. But the one that will stay with me the longest is of Curt explaining how he started hugging his brothers. Our family was never physically demonstrative and hugging just was not part of our lives. Curt showed us that he wanted to share that connection with his brothers and, in doing so, got all of us to do the same. From that day forward, I hugged my parents upon greeting and departure for as long as I was able,, and continue to hug my sisters. For that I will forever thank my cousin Curt.
Comment Share
Share via: 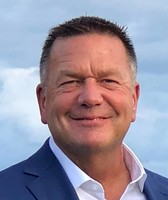 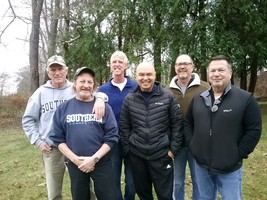